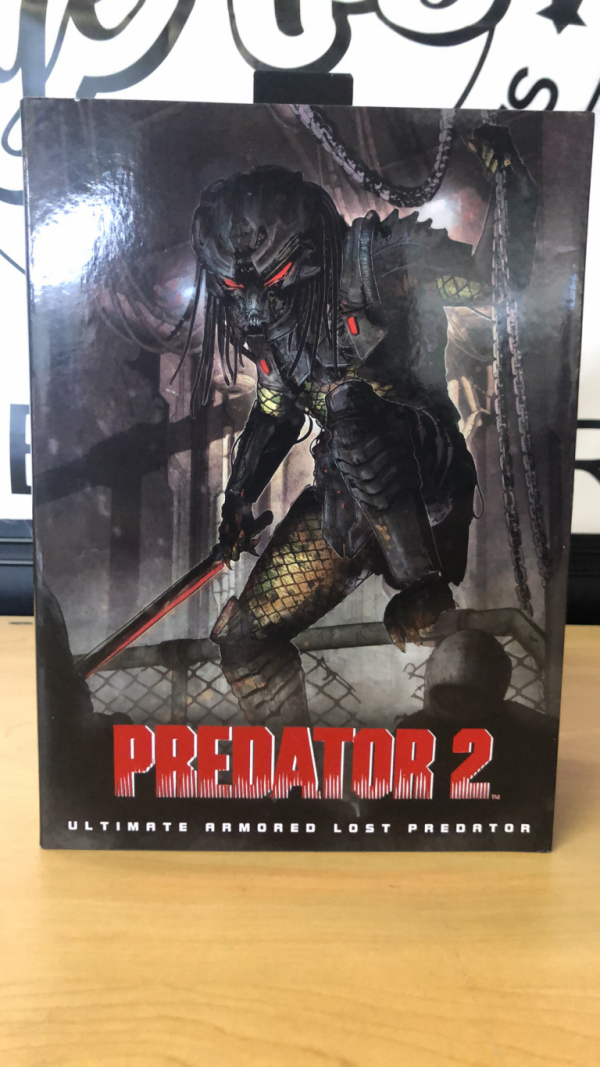 Armored Lost Predator – A Master of Weapons, this mysterious mercenary of the Rogue Space Tribe was originally part of Greback’s old crew, the Lost Tribe, from which he took his name. After being tricked into a heist job with Spiked Tail and Lasershot on Yautja Prime, Lost was convicted as an accomplice to the theft of experimental Yautja technology, which included weapons and spaceship. Being pursued by the high council and their enforcers. the trio used the stolen prototype ship to narrowly escape off-world. After the deception, Lost had no trust for his two new partners but conceded that its the only tribe he can still hunt with and maintain his honor. Now with an advanced ship, they can travel through space and time to explore new systems, unlikeany other Tautja, ever could! in addition to taking mercenary jobs from other alien races, they eventually became specialized in artificial intelligence hunts, expanding well past biological targets. Silent and tactical, Lost prefers solitude and bring much needed order to the otherwise chaotic nature of his new crew! And he has a dope sword!

There are no reviews yet.